MyLife Psychologists provides couples counselling from our offices in Sydney CBD and Alexandria, as well as help for individuals experiencing difficulties in their interpersonal relationships.

Renowned relationships researcher Dr. John Gottman can predict the future success or failure of a relationship with 94% accuracy within the first three minutes of observing a couple having a conversation. The bases for his predictions are four potentially destructive communication styles that he has referred to as “The Four Horsemen of the Apocalypse.” This is a metaphor depicting the end times, and Gottman uses this to describe communication styles that can predict the end of a relationship. Learning to recognize these is the first step to building a healthy and loving relationship.

The problem with this type of criticism is that the victim feels bad about themselves, neither of you feel heard, and the result is often further escalation of conflict. Expressing your feelings is fine, but it’s about how you do it.

When we communicate with contempt we are treating our partner with disrespect, mocking with sarcasm, ridiculing, name-calling, mimicking, threatening, and/or using body language such as eye-rolling. It’s any behavior that puts you on higher ground than your partner. Gottman’s work has found that couples that communicate in a contemptuous way are more likely to get sick (e.g. colds and flu) as their immune systems weaken, and according to his research contempt is the single greatest predictor of divorce.

When we feel attacked or accused unjustly, we defend ourselves with excuses so that our partner will back off. It’s an attempt at self-protection, and can come in the form of counter-attack or taking an innocent victim stance. Unfortunately the impact is that your partner feels you don’t take them seriously and won’t be influenced by what they have to say, which can lead to anger or escalation by your partner in an attempt to get their point across.

Stonewalling occurs when the listener withdraws from the conversation, when one person shuts down and closes themselves off from the other. Instead of confronting the issues with our partner, we make evasive maneuvers such as turning away, avoiding eye contact, acting busy or physically leaving. This can have the consequence of your partner feeling you don’t care enough to talk, however, stonewalling is often a reaction to feeling overwhelmed internally (what Gottman calls being “flooded”) and can be an ineffective attempt to calm down. This can result in a negative cycle of pursuing and withdrawing, with your partner escalating their behavior to get a response.

The good news is you can learn to recognize and change these communication patterns. In our next blog post we’ll outline Gottman’s antidotes to the Four Horseman, with the tools to build a more connected and loving relationship. If you need help in your relationship, please contact us today. 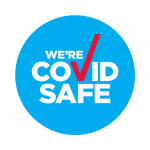